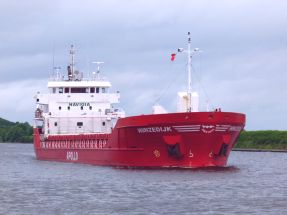 The holidays don’t seem to have ended just yet for the northern European trades, at least in terms of business activity, with cargo demand being assessed as sluggish across the board and open tonnage start­ing to pile up along nearly every standard route. This has provided some advantageous rate levels for the charterers who have waded into the market in the early days of 2023 with inter-Baltic rates in the westward direction having lost as much as EUR 2/ mt from their levels of mid-December as general cargoes of 5,000mt are able to secure EUR 24-25/mt from Klaipeda to ARAG whereas the same would not have fallen under EUR 26/mt in the ‘normal’ days of Q4-2022, shipbrokers assert. Ice class re­quirements and stable bunker prices are shoring up freights to some degree, but the lack of steady business, on the whole, is giving charterers plenty of tonnage options to pick and choose from. Brokers doubt this very quiet market climate will continue for much longer, but those opportunistic few that have cargo to move are taking advantage of the situ­ation. Northbound trips from Spanish Med to ECUK are fetching high EUR 30s/mt at upwards of EUR 38/mt on 3-4,000mt agri-prod cargoes while the opposite direction is giving closer to EUR 35/mt.

To get exclusive news and trend analysis on the European short sea markets on a weekly basis, subscribe to the BMTI Short Sea Report.