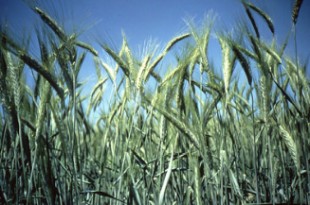 After slowing with the onset of war in the last week of February, Russian wheat exports surged in March as the country moved to accelerate shipments to traditional buyers including Egypt, Turkey, Iran and Libya. Agricultural consultancy SovEcon said that Russian wheat shipments were leaving ports at a rapid pace in the second half of March with rerouting and payment considerations having been mostly resolved. Some of those shipments, market observ­ers noted, went to countries that traditionally buy from Ukraine. Russia exported around 1.7 Mt of wheat in March, about 60% more than what was exported in March of 2021 (1.1 Mt), according to ProZerno, though for historical context last March also saw Russia’s grain exports fall to below average levels due to newly introduced export taxes.

Sales of all Russian grains (including corn, barley and sun­flower oil) amounted to 2.5 Mt in March, 15% more than last year. New contracts for Russian grain, however, have been minimal compared to previous seasons says the country’s Grain Export Union. Wheat sales from Ukraine, meanwhile, have been sporadic with war conditions, war risk insurance and compromised or damaged infrastructure keeping traders away from Ukrainian ports. In contrast to Russian grain exports, total Ukrainian grain exports in March (including 0.31 Mt of wheat) were four times lower than in February. On Monday, Ukraine’s minister of agriculture said that due to the war around 3.5 MHA of land would not be planted this spring. Pre-war planting forecasts predicted planting of 14.4 MHA in spring, so 3.5 MHA would rep­resent a reduction of 24% from Ukraine’s normal planting area. Together, Ukraine and Russia account for around a quarter of the world’s grain trade.

European thermal coal futures jumped to three-week highs after the European Union announced plans to begin decoupling from Russian coal im­ports. Similar hikes in futures prices were seen on global markets as buyers seek alternatives to Russian coal, which now accounts for around 18% of global coal exports. Prices for thermal coal on ICE Futures Europe jumped by 11% at the start of the week to US$ 211.25/mt, the highest level since 8 March.

Romanian corn exports are hitting multi-year highs, although the last four months (October-February) have seen most shipments go to the Middle East instead of EU-27 states, which have in turn started importing more corn from France. Romania export­ed 3.15 Mt of corn over the four months through February with most being sent to non-EU members. Current forecasts suggest Romania could export up to 20% more corn this season than the previous one.