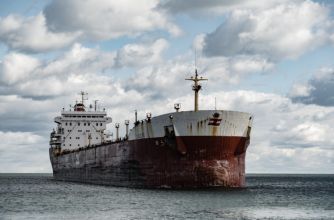 It seems far too early to call the Capesizes over with their week-starting slump looking increasingly like a temporary bump on a steadily rising pathway. Levels on long haul rates have jumped into action in East and West alike with only the Pacific RVs taking longer to catch up, still falling by US$ 500 day-on-day, but looking more likely to bounce back before the week is through. Otherwise, rates like the front haul and trans-Atlantic RV are gaining some US$ 2,000 day-on-day with the former reaching US$ 32,000 and the latter easily exceeding US$ 20,000 daily as owners seek to fix US$ 21,000 and higher.

Panamax freights appear to be making up for lost time with strong upward movements in the Atlantic that have taken front haul trips to the US$ 25,000s (basis 82,000 dwt) and US$ 23,000s (basis 74,000 dwt). Atlantic rates are climbing by as much as US$ 750 day-on-day now in the final days before the holidays kick in and there is a strong sense that last-minute considerations and urgent business arrange¬ments are providing much of the current impetus. Eastern rates have yet to be convinced, though, with RVs still slowly sliding into the lower US$ 11,000s.

At the risk of sounding repetitive, the USG is where it’s at, for Supramax owners at least, with all rates with delivery US Gulf apparently easily gaining US$ 1,000 (or more) by the day. USG front hauls have already surpassed US$ 30,000 and seem hell-bent on hitting US$ 35,000 at the weekend. Exactly, how much higher they can go remains to be seen, but indications would suggest that the sky is the limit for now. Black Sea front hauls, by contrast, continue to decline into the lower US$ 19,000s daily range.